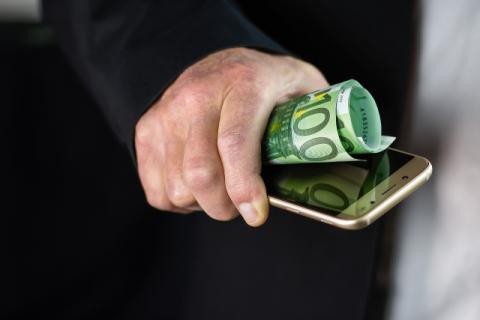 Do you use mobile banking? If so, congratulations - you are a minority. Only 1 in 8 Bulgarians has such a service on their phone or computer.

And if you use the Internet - which would make sense if you read this article - you do it from one of the worst connected areas in Europe.

This is shown by Eurostat data on the digital society. In fact, the second indicator, that of the low percentage of people online, derives much of the other results associated with low consumption of online services.

It is important to note that the vast majority of data are as of May 2020, ie. have partially, but not completely caught the trend towards accelerated digitalization in the country due to covid.

In the Northeastern region of Bulgaria, for example, only 5% of consumers use mobile banking. The results are similar in South Central, Northwestern and Southeastern - about 7%. The difference is significant compared to the Southwestern region, which includes Sofia, where the percentage jumps sharply to 24%.

At the opposite pole in Europe are the Scandinavian countries - the regions with the highest percentage of consumers with mobile banking are in Norway, Denmark and Finland.

The explanation is, on the one hand, in the supply. This service is a relatively recent phenomenon: most banks have had mobile applications for only a few years and are relying on them as complete solutions in an even shorter time. Bulgarian banks, like their consumers, are accepting changes relatively slowly, in contrast to the constantly growing number of fintech companies in the country, whose focus, however, is on foreign markets.

On the other side is the problem of demand: Bulgarian consumers are predominantly older and traditionally conservative, especially...

Assailant with bow and arrows kills 5 people in Norway

Bulgaria: Expiration Date of Covid Vaccines Could be Extended Says Head of Agency for Medicines