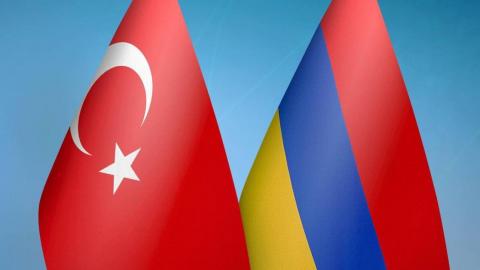 Rumors of a breakthrough in Turkish-Armenian relations have no basis in fact. Turkey and Armenia cannot undertake a normalization of their relations without including Azerbaijan. Stability and security in the South Caucasus require a three-way dialogue between Turkey-Armenia-Azerbaijan and for Armenia to give up its fantasies of a Greater Armenia.

The reason for the need for a three-way dialogue between Turkey-Armenia-Azerbaijan is two-fold.

Firstly, Armenia is not reconciled with its inherited borders from the USSR. Nationalists in Armenia and the Armenian diaspora have not given up their support for a Greater Armenia through territorial claims towards Turkey and Azerbaijan. While welcoming steps to normalize relations, Turkish President Recep Tayyip Erdoğan specified the need for both sides to "respect each other's territorial integrity." Surprisingly, such "language is provocative for some Armenians, particularly in the diaspora, who demand that Turkey hand over land in eastern Turkey - which they call 'Western Armenia."'

Secondly, Turkey and Armenia signed a joint "Shusha Declaration" in June which committed them to forge a strategic partnership. Armenia has to therefore normalize relations with Azerbaijan and Turkey at the same time.
The inviolability of "internationally recognized borders" was mentioned four times in the "Shusha Declaration." The "Shusha Declaration" includes Azerbaijan's condemnation of "any activity directed against the sovereignty, territorial integrity, inviolability of borders, stability and security of the Republic of Turkey, including all forms and manifestations of terrorism, and resolutely supports the fight the Republic of Turkey is waging against terrorism." This statement means both Azerbaijan and Turkey...