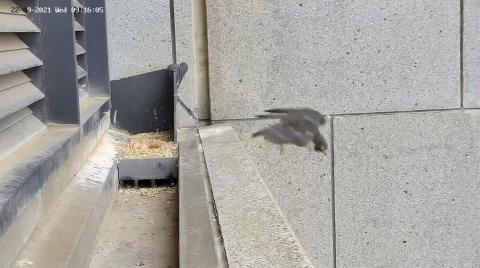 The shallow tremor hit east of the country's second-largest city just after 9:00am local time (2300 GMT) and was felt hundreds of kilometers (miles) away.

The U.S. Geological Survey put the magnitude of the quake at 5.8, later revised up to 5.9, and said it struck at a depth of 10 kilometers (six miles).

With Melbourne beginning its eighth week of pandemic lockdown and bracing for a third straight day of violent anti-vaccine protests, most residents were at home when the quake struck.

Zume Phim, 33, owner of Melbourne's Oppen cafe, said he rushed onto the street when the temblor hit.

"The whole building was shaking. All the windows, the glass, was shaking - like a wave of shaking," he told AFP.

"I have never experienced that before. It was a little bit scary."

In a popular shopping area around Melbourne's Chapel Street, masonry debris tumbled from buildings and littered the roads.

Bricks and rubble surrounded Betty's Burgers and large sheets of metal hung off the restaurant awning.

"We were fortunate that nobody was in the restaurant at the time," the restaurant said in a Facebook post.
Sizable earthquakes are unusual in Australia.

"It was quite violent but everyone was kind of in shock," Melbourne cafe worker Parker Mayo, 30, told AFP.

At magnitude 5.9, this was "the biggest event in southeast Australia for a long time" Mike Sandiford, a geologist at the University of Melbourne told AFP.

"We had some very big ones at magnitude six in the late 1800s, though precise magnitudes are not well known."