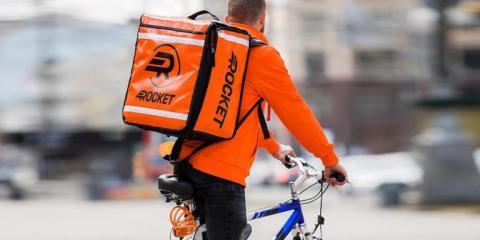 Following the uproar caused by Efood over its distributors' contracts and the offer of freelancers in delivery, Rocket announced that it was creating 500 new jobs, stating that it would be to sign indefinite paid employment contracts until the end. of 2021.

According to the company, after the launch in Ukraine, the Netherlands, Cyprus and France, Rocket, from July 2021, when it appeared on the Greek market until today, saw its volume of orders double in just two months and the Its popularity is growing rapidly as the service becomes available in more and more areas and suburbs of Athens.

As part of its rapid growth internationally, Rocket is investing in the development of its human resources, offering all the benefits that a modern work experience guarantees. Having made it a priority to offer an optimal experience not only to its customers but also to its employees, Rocket - listening to the needs of its distributors, who are the core of the service and a vital part of the company - is signing indefinite paid contracts. with its new distributors.

The company undertakes to continue to provide all its distributors with all the privileges provided by law that they already enjoy and of course to ensure the protection of their rights.

"We are excited about our progress in Greece so far and look forward to seeing the Rocket community grow and flourish. In this context, the company will proceed immediately to new recruitments and, of course, will increase its fleet of distributors, who are the core of the service and a vital part of the business. As Rocket employees, the distributors will of course continue to enjoy full privileges and rights, insurance coverage and so on ", said Nikos Hatzidakis, Regional Expansion Manager.