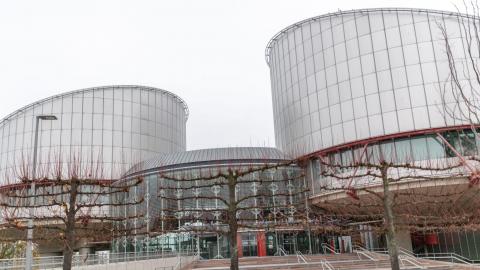 "The court finds that a period exceeding four years and three months to decide on a case such as an applicant's, and in particular in view of what was at stake for him, was excessive and failed to meet the 'reasonable time' requirement," the Strasbourg-based rights court's ruling said.

"All the more so given that it took the ordinary courts less than three years and one month to conduct the entire criminal proceedings involving 17 defendants at three levels of jurisdiction," it added.

Sinistaj was one of a group of 18 ethnic Albanians arrested in September 2006, on the eve of a key parliamentary election in then newly-independent Montenegro.

The prosecution accused them of planning terrorist attacks in Montenegro's ethnic-Albanian-majority town of Tuzi, aimed at creating an ethnic Albanian republic.

According to the indictment, members of the group were planning to "use explosives and weapons for terrorist acts aimed at controlling military posts, police precincts, and other important facilities" in the ethnic Albanian-populated part of the country.

Police said they found weapons and explosives during searches in Malesia, close to the border with Albania and Kosovo.

In December 2006, the Higher Court in Podgorica found that Sinistaj was guilty of associating with others for the purposes of anti‑constitutional activities and preparing actions that were against the constitutional order and security of Montenegro, and sentenced him to six years' imprisonment.

The guilty verdict was upheld by the Court of Appeal in June 2009 and the Supreme Court in December 2009, and Sinistaj was jailed for six years.