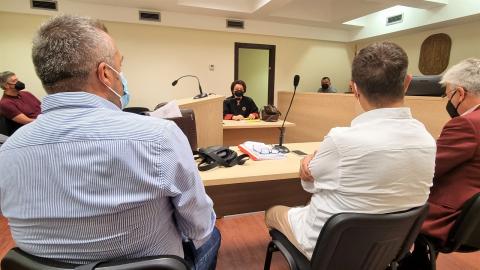 The alleged wrongdoing went back even further than 2011.

MakTel once dominated the mobile market in North Macedonia, operating since 2001 as a joint venture between the state and Magyar Telekom, the Hungarian subsidiary of Deutsche Telekom. Its only competitor was the far smaller Cosmote network.

MakTel's preeminent position, however, would come under attack in 2007, when a third mobile operator, VIP, a subsidiary of Telekom Austria, won a licence to operate. A third operator had been allowed to enter the market under a 2005 law, but it took two years for VIP to win its licence.

The reason? According to US court documents obtained by BIRN in 2014, the then Social Democrat-led government in Skopje had struck a secret deal with Magyar Telekom, its partner in MakTel, to protect MakTel's virtual monopoly.

US authorities accused Magyar Telekom of using sham consulting and marketing contracts to pay millions of euros in 2005 and 2006 to an intermediary, expecting some of the money to go to Macedonian officials who would provide regulatory benefits and keep rivals out of the market. They also bribery in Montenegro.

Deutsche Telecom and its Hungarian subsidiary paid $95 million in late 2011 to settle the case. The Macedonian side, however, has yet to pay a price.

Hungarian nationals Attila Szendrei and Zoltan Kisjuhasz and German Rolf Plath, all former senior directors of MakTel, were formally charged in 2011 with damaging the company to the tune of almost four million euros and, by extension, the state by some two million euros since the state at that time held a 47 per cent stake in the firm.