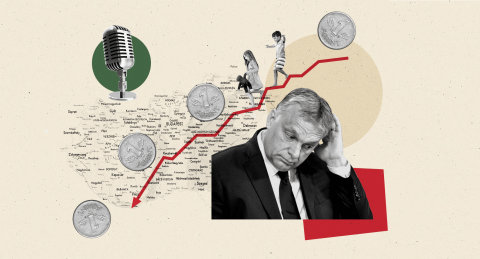 Eleven years after Orban returned to power and made family policy a cornerstone of his vision for the future, the answer is that it's complicated.

On September 23-24, leaders from countries like Serbia, Slovakia and Poland whose populations are also shrinking will join Orban and Mike Pence, the former American vice president, at the Fourth Budapest Demographic Summit to discuss what is increasingly being dubbed the "Hungarian model". They will be there with an array of policymakers, academics, and right and far-right politicians such as French presidential hopeful Eric Zemmour and Marion Marechal, the former National Front deputy.

What the Hungarians will tell their foreign friends is that their policies are working, that the country's fertility and marriage rates are shooting up and, in the words of Minister of Families Katalin Novak, money spent in this field by government should not be regarded as an expenditure but an investment. "Without strong families," she says, "there are no strong nations."

The challenge is clear. In 1981, Hungary's population peaked at 10.7 million. At the beginning of this year, it was estimated to be 9.73 million. Every year for 40 years, more Hungarians have died than were born.

According to the Hungarian Central Statistical Office, without factoring in migration, Hungary lost 1.27 million people during this 40-year period. At the same time, however, hundreds of thousands have both emigrated and immigrated, the majority of the latter being ethnic Hungarians from neighbouring countries.

This year Hungary was supposed to have conducted a census, but the global pandemic led to its postponement until next year and, of course, to a much higher than normal rate of...