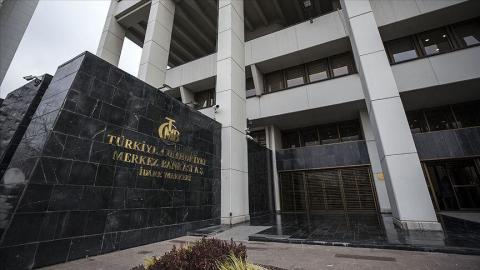 The Monetary Policy Committee at its ninth meeting this year evaluated core inflation and supply shocks which can be affected by monetary policy, and decided to revise the bank's monetary policy stance.

"Accordingly it is judged that a revision in monetary policy stance is needed and the policy rate was decided to be reduced," the bank announced.

It has kept the policy rate steady for the previous five meetings since incumbent governor Şahap Kavcıoğlu was appointed.

Addressing the normalization in demand composition globally, the bank said the increasing global inflation would be mostly temporary.

The current tight monetary policy and strong external demand affected the current account balance positively, the bank said, adding: "The current account is expected to post a surplus in the rest of the year due to the strong upward trend in exports, and the strong progress in the vaccination program stimulating tourism activities."

According to an Anadolu Agency survey last week, 18 economists expected no change in one-week repo rate while two economists' forecast was a decline of 100 basis points.

At the beginning of this year the policy rate was 17 percent, and in March the bank raised the rate to 19 percent.

Turkey's annual inflation rate stood at 19.25 percent in July, according to latest data by the Turkish Statistical Institute (TÜİK).