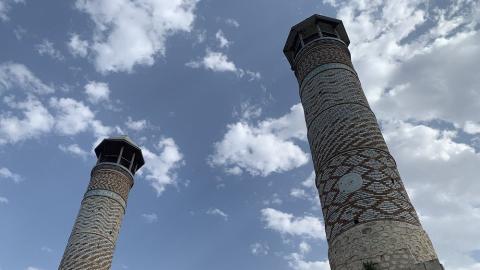 German Chancellor Angela Merkel and Albanian Prime Minister Edi Rama (not in picture) during a press conference in Tirana, Albania, 14 September 2021. The German Chancellor is in Albania to participate in the Western Balkan Summit. EPA-EFE/MALTON DIBRA

That outgoing German Chancellor Angela Merkel should visit Paris as part of her farewell tour will not have surprised anyone. But the fact that Belgrade and Tirana made it onto the itinerary did raise some eyebrows. Neither Serbia nor Albania are exactly the 'poster kids' of Europeanization in the region at the moment.

So what were the visits all about? And what messages did Merkel choose to send? In his opinion piece for Balkan Insight, Visar Xhambazi offers some potential answers.

One of the biggest political surprises in recent Serbian history has been the unexpected rise of the country's Green movement. Despite numerous environmental problems, Green politics had never had much salience in the country.

Yet in the last few years, this has changed. Ecological activism has become an increasingly popular way to criticise some of the damaging policies of the ruling SNS. But can the nascent Green movement channel environmental awareness into support for Green politics? And can it avoid some of the pitfalls of divisions and factionalism that have so dogged the Serbian opposition?