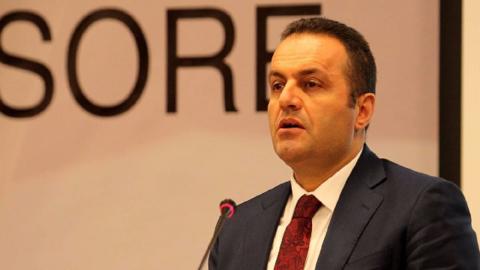 Concerns have been raised that Albania did not immediately ask Interpol to issue an international 'red notice' for the arrest of former General Prosecutor Adriatik Llalla immediately after he disappeared following the court verdict confirming his two-year prison sentence for illegally concealing assets.

Llalla was declared wanted in Albania after police went to his house on September 22 to execute the court's decision and did not find him there.

Local media have quoted police sources as saying that he left Albania in the early September to some other country.

Anila Hoxha, a journalist at Top Channel in Tirana who has been covering courts and crime for about 20 years, said that Albania's Total Information Management System should show if he has left the country, so the authorities could have acted immediately.

For a 'red notice' to be issued, the Special Prosecution has to ask Interpol in Tirana, which has to forward the request to the Interpol headquarters in Lyon.

Llalla, 52, was sentenced to two years in prison and his assets confiscated after being found guilty of not declaring his wealth and other irregularities on official asset declarations.

He was one of the highest officials in the country to be found guilty of such...