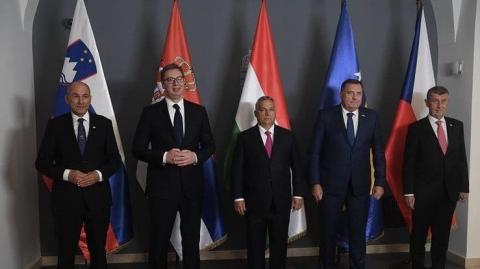 Speaking on Tuesday about the ruling, the Polish prime minister said it was "extremely aggressive and harmful", and also lashed out at the Czechs, saying the ruling would negatively impact relations, while at the same time accusing the neighbours of negotiating in bad faith.

The Polish press reported that this is a "signal" to Prague. The Polish premier is also set to blank V4 meetings for the meantime.

Asked whether Poland would start paying the fine, Morawiecki responded: "We will see if Poland eventually has to pay."

Turow sits right on Poland's border with Czechia and Germany. Communities on all sides complain the mine is heavily polluting their water sources, as well as the air and the environment.

Poland insists that the mine and power plant are vital for the economy, which is the most coal-dependent in the EU. Around 80 per cent of Poland's domestic energy came from coal in 2019, according to the International Energy Agency.

It also points out that Czechia and Germany both still operate several lignite mines and are far from leaders in the transition to clean energy. Around 55 per cent of Czech power is produced by coal and 43 per cent of...