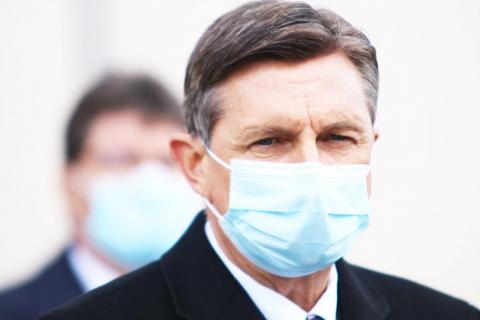 New York – President Borut Pahor has held a number of bilateral meetings on the sidelines of the UN General Assembly session. He emphasises the importance of dialogue, including with those one does not agree with, which will also be one of the points of his address to the General Assembly on Friday.

“I have used my stay in New York for a series of meetings with people whom I do not otherwise meet,” Pahor told Slovenian reporters in New York on Thursday, noting that dialogue was needed “because we are different, not because we have the same positions”.

The president for example held talks with Turkish President Recep Tayyip Erdogan, who Pahor said thanked him for Slovenia’s consistent relationship with Turkey.

“When Europe needs Turkey, it is much softer, when that is not the case, issues escalate. Slovenia is consistent here and Erdogan acknowledges that. He says he can rely on us and I have accepted his invitation to address the Turkish diplomatic corps.”

After he addresses the General Assembly, Pahor is scheduled to meet with Russian Foreign Minister Sergey Lavrov. He said the meeting might “raise some eyebrows”, but noted that dialogue was important even if Slovenia has not changed its position on the Russian occupation of the Crimea.

Without talks some problems with Russia will not be resolved. “As a small country, Slovenia must have friends around the world,” he said.

As for relations with the US, Pahor did not wish to directly comment on the US withdrawal from Afghanistan beyond saying that it was necessary to cooperate with Washington.

Turning to the surprise alliance between the US, UK and Australia known as AUKUS, Pahor said the solution was not a confrontation with China, which is what analysts think AUKUS is about.

He said he was grateful that President Biden returned to the Paris Climate Agreement and wishes to return to the Iran nuclear agreement.

Pahor added that a new cold war was not needed at a time when cooperation is called for to tackle the coronavirus pandemic and climate change.

The post Pahor says dialogue needed, including with those one disagrees with appeared first on Slovenia Times.