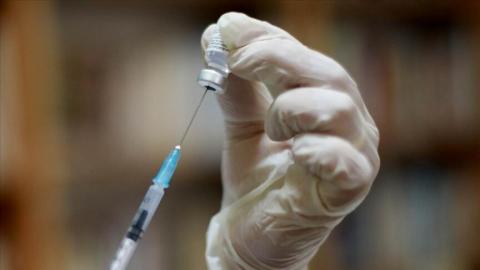 Turkey's Health Ministry has launched a probe following allegations by an expert that a baby was mistakenly given a COVID-19 vaccine.

The issue became a hotly debated matter after a professor earlier suggested that at some community health centers' coronavirus jabs are being administered to babies.

Doctors' associations reacted against his statement while anti-vaxxers tried to seize the opportunity by claiming that babies are used as "objects for experiment."

"At times there could be mistakes. COVID vaccines are mistakenly given to six-month-old babies instead of measles or hepatitis-B jabs. But no side effects have been detected; the jabs even boosted their antibodies," said Professor Zafer Kurugöl, an expert in pediatric infectious diseases at Ege University in an interview with private broadcaster NTV.

Kurugöl also suggested that he would publish the results of infant vaccination in a respectable medical journal.

He later backtracked from his initial statement and said that "not babies" but only one baby, who was one month old at that time, was erroneously given the COVID-19 vaccine on July 1.

However, his claims were met with a strong reaction from doctors' associations and the Health Ministry launched probes into Kurugöl and the incident that occurred in the western province of İzmir.

"Those claims are unacceptable. Our ministry has a strong and safe vaccine tracking system. Every single vaccine is tracked digitally from the warehouses until it is given to a person," the ministry said in a statement.

It added that an investigation is ongoing, which was launched after health workers reported the case, regarding this incident that occurred in İzmir.

"The patient has been closely watched and there...