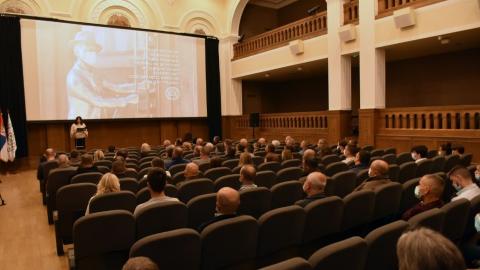 The Serbian Defence Ministry showed the film about the now-disbanded Yugoslav Army 125th Motorised Brigade on Thursday evening in Belgrade to commemorate the 40th anniversary of its establishment, despite claims that it was involved in war crimes during eth Kosovo conflict.

"Although the 125th Motorised Brigade was disbanded in 2005, its spirit, woven of virtues, together with other heroic units and all those who participated in the defence of the homeland during the NATO aggression in 1999, forms the foundation of values on which today's Serbian Army rests," the ministry said in a statement.

The ministry said the film was an "achievement of the Public Relations Directorate of the Ministry of Defence and the Zastava Film Military Film Centre".

It is part of a series of six documentaries presenting the history of "some of the most famous units of the Serbian Army's history", it added.

The Serbian War Crimes Prosecution began an investigation in 2014 into whether the 125th Motorised Brigade was involved in war crimes. Its wartime commander, now-retired general Dragan Zivanovic, was the only Yugoslav Army general to be investigated in Serbia for war crimes, as far as is publicly known.

Zivanovic issued an order on April 24, 1999 to his brigade's units to establish military control over the villages of Qyshk/Cuska and Zahaq/Zahac in Kosovo, as it was believed that Kosovo Liberation Army fighters were hiding there.

The prosecution claimed that Zivanovic was aware that while following this order, these units, which included the Yugoslav Army's 177th Intervention Squad, would also kill civilians, loot property and expel villagers from their homes.

But in 2017, the prosecution dropped the investigation.