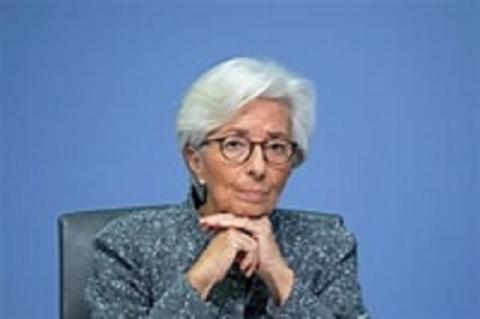 The crisis with surging prices of energy sources is worse and will take longer to be resolved compared to the Covid-19 pandemic slowdown and the supply bottlenecks for major industries, European Central Bank President Christine Lagarde said in an interview for CNBC. The Eurozone has been badly impacted, like many other regions worldwide, by disruptions in supply chains brought about by the coronavirus pandemic and subsequent social restrictions.

However, a surge in energy prices and its impact on inflation figures may be a much longer-term issue for the region, Lagarde said.

"Things will fall into place as new sources of supply will be identified," she added, describing the current economic environment as "an adjustment period."

"Energy is going to be a matter that will probably stay with us longer. Because we are transitioning, as well, from fossil industry driven sources of energy. We aspire to be much less reliant on fossil sources," Lagarde said.

The Eurozone is also suffering from a natural gas shortage that's pushing up energy bills for consumers. Some governments, notably Spain, Greece and France have started to intervene to offset some of the economic damage for citizens. EC Executive Vice-President in charge of the Green Deal Frans Timmermans, has insisted that the price increases are not EU's fault. "Only about a fifth of the price increase can be attributed to CO2 prices rising," he told the European Parliament earlier this month. "The others are simply about shortages in the market."

When asked about climate targets and the transition toward renewables, and whether it would be inflationary or deflationary, Lagarde said: "We are beginning to see some studies and academics who are looking into it and I think the jury is...

France to give priceless artworks back to Benin