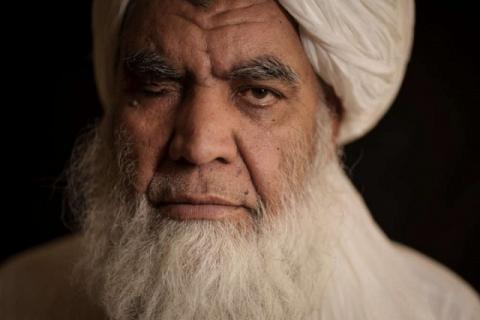 A prominent leader of the Taliban has said the group will reintroduce punishments such as amputations and executions for criminals, though perhaps not publicly.

"Cutting off of hands is very necessary for security," Mr Turabi said in a rare interview to the Associated Press, adding that it would serve as a deterrent. He added that the new Taliban government was studying if these punishments should be meted out in public, like in the past, and will soon "develop a policy."

The Taliban's previous rule in Afghanistan was marked by horrific incidents of "justice" such as public executions in a soccer field in Kabul. The hard-line group stoned or shot down or amputated the limbs of men and women accused of crimes, even if they were petty thefts and robberies.

These acts were criticised by the international community at that time. Referring to this, Mr Turabi said: "Everyone criticised us for the punishments in the stadium, but we have never said anything about their laws and their punishments. No one will tell us what our laws should be. We will follow Islam and we will make our laws on the Quran."

Since the Taliban seized control of Kabul on 15 August, fears have mounted that similar barbaric acts will be carried out again, despite the extremist group's claims that it is more liberal this time. Reports from the country have already emerged that men accused of undisclosed crimes have already been publicly shamed and paraded.

And yet, Taliban leaders have claimed that there will be gender equality and justice in its new rule.

Mr Turabi also repeated these claims in his interview to the woman journalist and said: "We are changed from the past."

The last Taliban regime had banned all forms of entertainment...