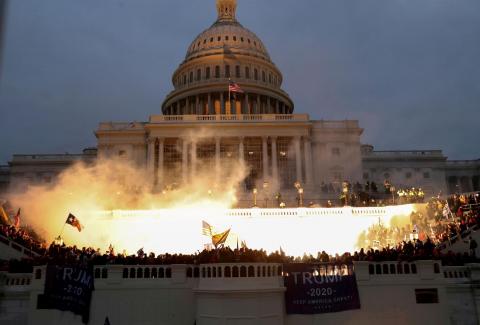 The U.S. House of Representatives Select Committee investigating the deadly Jan. 6 riot at the Capitol has subpoenaed four former members of Donald Trump's administration, including Mark Meadows and Steve Bannon, the panel's chairman said on Sept. 23.

Meadows, a former congressman, served as Trump's White House chief of staff. Bannon was a White House adviser to Trump.

A representative for Meadows said he declined to comment. Bannon and Scavino could not be reached for immediate comment.

Patel said in a statement he was "disappointed, but not surprised" the committee issued a subpoena before seeking his voluntary cooperation.

A mob of Trump supporters stormed the Capitol on Jan. 6 as Congress was meeting to certify Democrat Joe Biden's election victory, delaying that process for several hours as then-Vice President Mike Pence, members of Congress, staff and journalists fled from rioters.

Nearly 600 people have been arrested on charges tied to the attack. It was the worst violence at the seat of the U.S. government since the British invasion during the War of 1812.

Thompson said Meadows reportedly communicated with state and federal officials as part of an effort to overturn the 2020 election or prevent Biden's certification. Meadows was also reportedly in communication with organizers of the Jan. 6 rally, Thompson said.

'All hell is going to break loose'

In a letter to Bannon, Thompson noted that he had been involved with multiple...