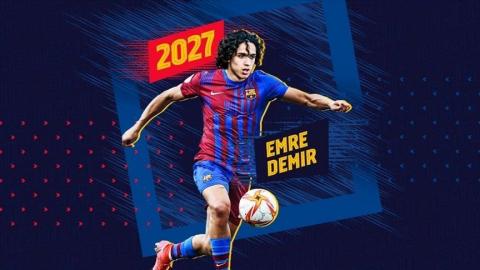 Barcelona purchased Emre Demir from Turkey's Yukatel Kayserispor for €2 million ($2.34 million) plus bonuses, the Catalan club said in a statement on Sept. 23.

Yukatel Kayserispor also confirmed the transfer on Twitter, saying Demir will put on the Barcelona jersey starting next season, according to the agreement and UEFA rules.

Demir, a Kayserispor youth team product, is an attacking midfielder but can also play as a winger. He is the youngest goal scorer in Turkish Super Lig history at 15 years, 9 months and 25 days.