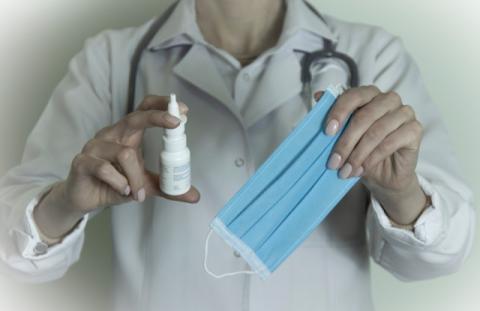 Chinese vaccine developer Beijing Wantai Biological Pharmacy Enterprise plans to start a large trial for its nasal spray-based COVID-19 vaccine candidate next month, a clinical trial registration record showed.
The company aims to recruit 40.000 adult participants for the Phase III clinical trial, according to an entry posted on the Chinese Clinical Trial Registry on Wednesday. The adults would be given two doses of the Beijing Wantai vaccine candidate or a placebo vaccine at a two-week interval, it said.
The record did not specify in how many countries Beijing Wantai will run the trial. But it said an ethics committee in the Philippines had approved the study, clearing some hurdles for potentially carrying out a trial in that country.

A Beijing Wantai representative said the registration record does not mean the company has formally started the Phase III trial. The representative said the firm is awaiting further documents from authorities, but did not specify from which countries.
An alternative to the common injection in the arm, the spray vaccine can trigger specific immune responses in airways by mimicking the natural infection of a respiratory virus.
The candidate uses a weakened influenza virus to ferry the genetic information of part of the coronavirus, as Reuters reports.

The list clearly showed: Serbia a convincing leader in the region

Philippines military plane crashes with at least 92 on board
Romania updates list of countries in COVID-19 red, yellow, green areas