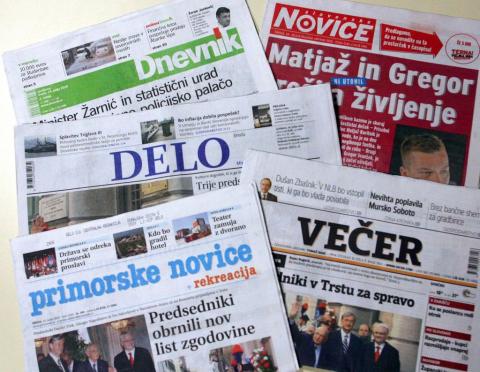 Ljubljana – Europe is eagerly awaiting the outcome of the general election in Germany to see who or which coalition will lead the larget European economy in the future, the newspaper Delo says in Saturday’s front-page commentary, headlined Who Will Succeed Angela Merkel.

As Germany heads to the polls tomorrow, it is still quite uncertain who will succeed long-serving Chancellor Merkel.

Apart from the gap between the Social Democrats (SPD) and Christian Democrats (CDU) having somewhat narrowed in recent days while it is not yet clear who the relative winner will be, coalition forming could also run into trouble.

Olaf Scholz, whom Germans would like to see most as the new chancellor, does not want to enter a coalition with the CDU anymore. He sees the Greens as a partner, which would also like to see the CDU in the opposition.

Sunday may well not bring the final answer as to who the next German chancellor will be, but the fact is that Merkel’s farewell has pushed the CDU into much uncertainty, and the question is whether Armin Laschet remains CDU leader if the party does poorly in the election.

But this is not key at the moment, as “a large part of Europe is eagerly awaiting the outcome of the general election to see who will lead the largest European economy in the future and with what kind of a coalition”.

A red-green-red coalition between the centre-left SPD, the Greens and the leftwing Left could bring major changes not only in Germany but in common European policies, especially when it comes to Europe’s ambition in fighting climate change and in taxing the wealthiest and multinationals.

Europeans dial down the heating, heed calls to save energy

Day 329 of the Invasion of Ukraine: Rescue Operations in Dnipro have been Suspended, 20 People are Missing

Two Slovenian communities in US to lose their churches