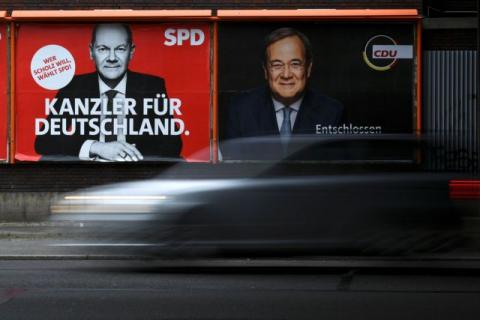 Sunday's election is undoubtedly crucial for Germany and for Europe as a whole. Not just because the Merkel era is coming to an end and, objectively, a sense of uncertainty concerning the next government has been created. Not just because of the parallel crisis that the two traditional parties in the country seem to be experiencing.

The importance of these elections is that, at least according to Handelsblatt, the EU's largest and most economically powerful country is currently facing three major challenges, with historic dimensions. Challenges that require immediate and crucial decisions and actions.

The aging of the population

The first, according to the authoritative financial newspaper, stems from the aging population of Germany. According to official data, today the citizens older than 67 years amount to about 16% of the total population, while, in 2039, they are expected to have increased to 21%.

This process, according to the newspaper, "leads to a reduction of the workforce, affecting the dynamics of growth." Therefore, "there is a threat of a permanent stagnation, which may make the financing of the pension system and health benefits unsustainable."

At the same time, always based on Handelsblatt estimates, "the number of older voters is growing steadily, making reforms that could benefit future generations more difficult to pass."

The second big challenge has to do with climate change, "which threatens the German business model twice. On the one hand, because of the costs involved in transforming the economy and everyday life to make them climate neutral. On the other hand, due to the risk that there will be countries, such as China and India, that will not follow the path...