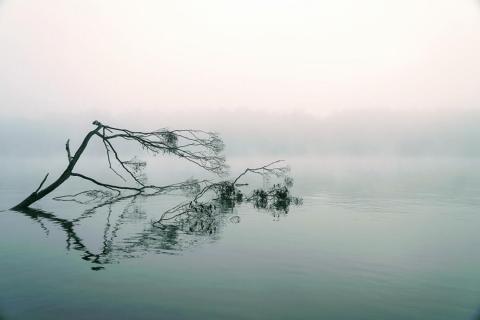 As Turkey has been under the deep effects of drought due to global warming and misuse of existent water sources, a new climate report submitted to the Turkish Parliament emphasizes that the situation might worsen over time.

The country will have a hotter, drier and uncertain climate in terms of precipitation in the near future, according to a climate report prepared by the Agriculture and Forestry Ministry.

The report stressed that the number of hot and dry days will increase throughout the year, reaching up to 200 days in Turkey's east and southeast by the end of this century.

The following findings were included in the report:

- It is expected that the average temperatures over Turkey will increase significantly, up to four and six degrees, when the climatic anomalies valid for periods up to 2100 are projected.

- There will be a general decrease in total precipitation, mostly in the Aegean and Mediterranean coasts, but precipitation increases of up to 150 millimeters are expected on the Black Sea coasts.

- The expected number of days for a heat wave in eastern and southeastern Turkey is expected to reach 200 days a year by the end of the century. The rapid increase in heat waves can increase the risk of forest fires.

- It is calculated that the number of consecutive dry days will increase to four and 15 days. These increases will be seen in the eastern Mediterranean, Konya Closed Basins and the Euphrates-Tigris Basin in the south of the eastern Taurus Mountains.

- The overall population is predicted to be around 107 million in 2070, but even when only the population growth pressure is taken into account, the country's water potential is expected to fall below the water scarcity limit of 1,040 cubic meters.<...