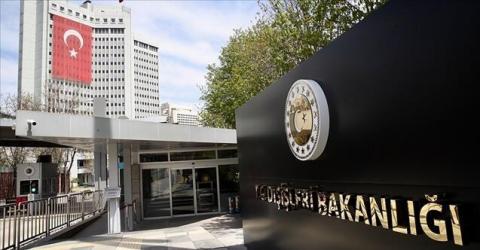 Turkey will soon open a consulate in Serbia's southern city of Nis, the Turkish envoy to Belgrade said on Sept. 24.

He said plans to open the new consulate were laid out after directives were given by Turkish Foreign Minister Mevlüt Çavuşoğlu during his visit to Serbia earlier this month.

This will be Turkey's second consulate in Serbia after the one opened in the southwestern city of Novi Pazar on Sept. 1.

"We have taken the necessary steps with Serbia's Foreign Ministry and aim to have the consular office in Nis operational as soon as possible to facilitate our citizens," said Aksoy.

The diplomatic mission will also work on restoration of Ottoman heritage sites in the region, he added.

In a statement, Dragana Sotirovski, mayor of Nis, hailed the decision and said Turkey is also planning to start commercial flights between Istanbul and Nis.