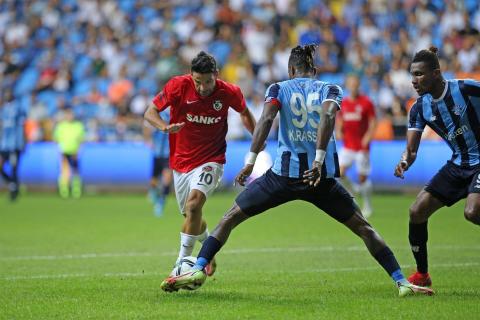 Adana took an early lead with Yunus Akgun's goal in the 12th minute at New Adana Stadium and the first half ended 1-0.

Gaziantep's Steven Kaulker scored his own goal and made it 2-0 for Adana Demirspor in the 65th minute.

Adana Demirspor grabbed their second win in Turkish Süper Lig and took the 11th spot with 9 points in the table.