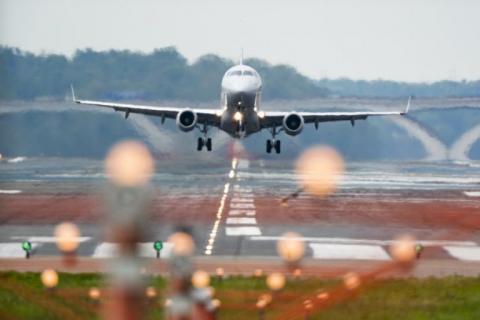 The plane that was flying from Atlanta to Athens landed safely at Athens International Airport and had a problem with the brakes and hydraulics.

There were 248 people on board.

As soon as the aircraft informed the control tower, it immediately signaled an alarm at the airport where the security protocols were enabled.

In the end, neither the fire brigade nor the ambulances waiting at the airport runway had to intervene.

The landing took place in the western runway, while the damage reported was overheating of the brakes.

When the aircraft  informed the control tower for the damage, it was approximately above the island of Tzia.

However, in these cases there are always back-up mechanisms that are enabled in order for the aircraft to land safely.