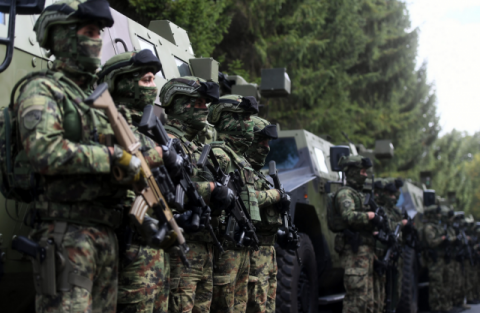 They also called on Serbia to work on an urgent de-escalation of the situation
The press release points out that Albania is particularly concerned about "the deployment of Serbian armed forces near the border with Kosovo and military planes flying near and above Kosovo's airspace, which encourages individuals to provoke unrest and violence, as well as to destabilize Kosovo."
"These acts are contrary to international agreements aimed at ensuring order and stability in that part of the region. We call on Serbia to withdraw its armed forces sent to the border with Kosovo and work on urgent de-escalation of the situation. We call on all actors to show restraint and immediately return to dialogue, as the only way to move forward and resolve open issues in the spirit of cooperation, to which Albania is irrevocably committed, in its bilateral and multilateral efforts," the ministry said.
It is added that Albania "as an ally in NATO and a responsible member of the United Nations, will do everything in its power to support all efforts to immediately de-escalate the situation and return to dialogue."