Census in N. Macedonia Is Not about Mere Statistics, Ethnic Minorities' Rights Are at Stake Too 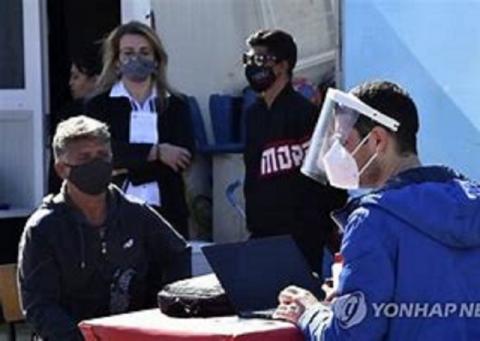 Her task may be straightforward enough, but the census remains highly sensitive due to the potential impact on the nation's minorities.

In this small Balkan country — which gained independence in 1991 following the break-up of the former Yugoslavia and came close to civil war in 2001 — the long postponed census is far from being a mere statistical operation.

Special rights such as the language used in official correspondence between the state and a citizen or ethnic quotas for public administration jobs depend on a minority being officially shown to make up at least 20 percent of the population.

Out of a population of around two million people, 64% were Macedonians and 25% ethnic Albanians, according to the last census.

Turks, Roma, Serbs and other minorities made up the remainder.

In the Ilinden municipality close to the capital Skopje where Dimitrijevska has been pounding the pavements, the majority of the population is Macedonian.

After checking people's identity the young woman interviews them and continues on to the next household.

"It is going on very well here, no enumerators were refused" by residents, she told AFP.

"There were a few households where we had to return several times, but now all is done."

The census in the European Union-aspirant country is supposed to be held every 10 years.

The last one, however, took place in 2002, just a year after an armed conflict between ethnic Albanian rebels and government forces which only ended through the intervention of the international community....

Croatia’s Vukovar After the Fall: Despatches from the Ruins