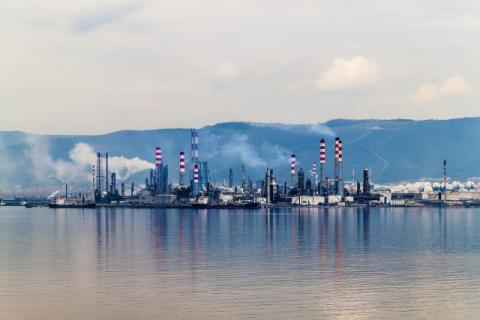 The energy crisis is becoming global, Bloomberg predicts today. Countries are increasingly relying on natural gas for efforts to stop burning more coal and switch to cleaner energy sources. Countries are bidding to stockpile blue fuel, and exporters like Russia are restricting exports. The situation will worsen when temperatures drop, the agency predicts.

The crisis in Europe portends trouble for the rest of the planet. Governments warn of supply disruptions and closures.

Stocks in European repositories are at historically low levels at this time of year, and flows from Russia and Norway are limited, Bloomberg notes. At the same time, the production of wind turbines is declining due to the calm weather. Europe's aging nuclear power plants are gradually being shut down, further increasing gas demand. No wonder European gas prices have jumped nearly 500 percent in the past 12 months and are close to record levels.

The increase is forcing some fertilizer producers in Europe to reduce production. Gas is the main raw material in it. This threatens agriculture, because the reduced supply of fertilizers leads to an increase in their prices and hence - in agricultural production and prices. Here, too, the problem could take on a global scale.

In addition, politicians and bankers will closely monitor weather forecasts, because it is too late to secure additional supplies, and inflation in energy and food prices may not be temporary and transient.

Natural gas produces twice as much carbon as coal, but in the absence of an alternative in cold winters, it could force governments to postpone their climate targets, especially in Asia, Bloomberg said. This is especially true in China, where power regimes have been introduced in several...