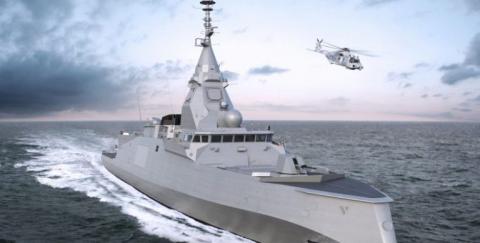 Prime Minister Kyriakos Mitsotakis talks in Paris today and tomorrow with French President Emmanul Macron are of exceptional significance politically, geostrategically, diplomatically, and militarily at a time that Greece continues to face a military threat from Turkey

An important agreement has been reached on a political and diplomatic alliance - the details of which have not yet been made public - between Greece and France, along with Athens' decision to buy French frigates and corvettes to bolster the Greek Navy, as well as six more French Rafale fighter jets

Diplomatic sources have revealed that Mitsotakis and Macron will sign a mutual defence pact and that at a at a dinner this evening they will seal a political agreement for Greece's purchase of three French Belharra frigates, with an option for one more, as well as of three Gowind corvettes.

The details of the deal, which is valued at over five billion euros, will be finalised tomorrow in Paris, where Defence Minister Nikos Panagiotopoulos and Foreign Minister Nikos Dendias will be present.

The French proposal, which had been submitted to Athens last spring, provided for the construction of four new Belharras and the use without pay of two French Navy warships, which however did not meet the needs of the fleet.

The new French proposal entailed Greece's procurement of three Belharra - the first is already under construction in Lorient - and three more Gowind corvettes, which have a smaller displacement but which, as the Greek Navy has indicated, cover the daily operational needs of the Hellenic Navy...