MPs urged to turn down bill to deregulate pharmacy business 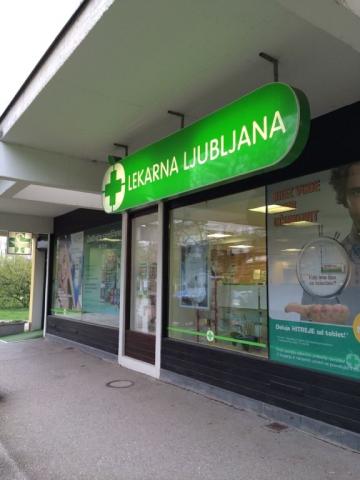 Ljubljana – Practically all pharmacy stakeholders have urged MPs to vote down a bill that seeks to partly deregulate the retail pharmacy market and lift the ban on vertical integration of pharmacies and drug wholesalers. Should this not happen, pharmacists are threatening with protest closures of pharmacies and a referendum.

The bill was tabled by the coalition Modern Centre Party (SMC) in February and passed first reading in June, with the MPs arguing it contained some good and some bad solutions.

The call by the pharmacy stakeholders comes three days before the parliamentary Health Committee is scheduled to debate the bill on Thursday.

The Chamber of Pharmacies, the Association of Private Pharmacies, and the trade unions of pharmacists and of social care argue that while the existing law is good, the new one could result in pharmacy closures.

The existing law enables equal access to pharmacy services and medicines to all, in towns and rural areas, Chamber of Pharmacies director Darja Potočnik Benčič told a joint press conference on Monday.

But the SMC’s proposal could change this as it allow opening new pharmacies or subsidiaries within a distance shorter than 400 metres in urban areas and at least five kilometres in other areas. The fear is that new pharmacies would open in urban areas, where the network is already extensive, and close in rural areas.

If the number of prescriptions does not increase, individual pharmacies would sell fewer drugs while staff would be under a lot of pressure to sell more food supplements and non-prescription drugs, explained Potočnik Benčič.

The stakeholders also oppose the option of vertical integration of pharmacies and drug wholesalers, which was banned with a law passed under the SMC-led government in 2016 but has not yet been fully implemented.

Potočnik Benčič said that wholesellers, which are private companies, would now want to open their own pharmacies, which means the door opening for capital to enter the public pharmacy service.

The Association of Private Pharmacies at the Chamber of Commerce and Industry (GZS) announced it would close pharmacies in protest in October should the bill be endorsed by the committee on Thursday.

And if it is passed, they will start collecting signatures for a referendum. “We must prevent this catastrophe in the Slovenian healthcare system,” said Matija Centrih.

The Health Ministry is working on smaller, technical changes to the pharmacy practice act, although it is also considering changes to improve access to pharmacies.

The only organisation that has expressed support for the SMC bill is the Association of Urban Municipalities.

The city of Ljubljana’s petition challenging the conditions under which pharmacies can open has meanwhile been rejected, the Constitution Court said on Monday.