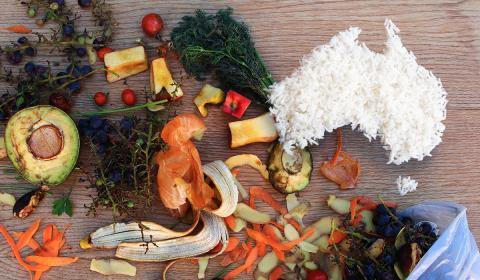 Ljubljana – The average person in Slovenia threw away 68 kilograms of food last year, one kilogram more than in 2019, of which 40% was still edible. Households and foodstuffs trade generated more food waste, while food production and the catering and food service industries generated less, the Statistics Office data show.

The total amount of food waste generated in Slovenia last year was 143,570 tonnes, an increase of 2% compared to 2019.

The impact of the pandemic last year was mainly reflected in the distribution of food waste by activity, the statisticians explained.

More food was thrown away in households and foodstuffs trade, while less food waste was generated in food manufacturing industries.

Meanwhile, the proportion of food waste that was still edible increased by one percentage point to 40%, according to the Statistics Office..

About 2% of food waste was processed in other ways, like incineration or oil re-refining.