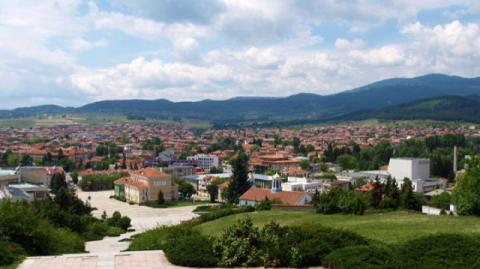 The town of Panagyurishte (Pazardzhik district) has met the high criteria to be a European City of Sports in 2022 and has received the prestigious title. This became clear today after an inspection by the non-profit association ACES Europe.

The evaluators were personally ACES Europe President Gian Francesco Lupattelli and Secretary General Hugo Alonso. The guests were impressed by the local sports hall "Assarel", the stadium "Orcho Voyvoda", the athletics track and other sports venues in the city. Several sports grounds were visited, as well as the fitness sets located in each school yard/BNR