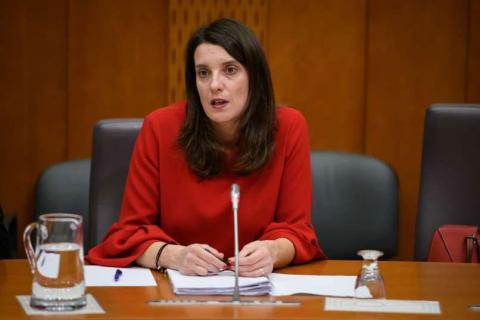 Brussels – EU ministers responsible for research adopted on Tuesday resolutions on a global approach to research and innovation. Their aim is greater resilience and competitiveness of the EU, said Minister of Education, Science and Sport Simona Kustec after chairing the session of the Competitiveness Council.

“Our goal is an effective and inclusive European Research Area that would bring faster social progress and greater resilience and competitiveness of Europe,” Kustec said as quoted by her ministry in a press release.

The resolutions send a clear message that the EU should encourage balanced openness and strive for a level playing field in its cooperation on research and innovation with third countries, said the ministry.

The ministers have urged the EU Commission to sign agreements on the association of third countries to the Horizon Europe programme, it added.

“The conclusions set out key values, principles and actions to strengthen the strategic autonomy of the European Union while preserving an open economy,” said Kustec, highlighting efforts to promote gender equality and respect for the freedom of scientific research.

She also presented the Ljubljana declaration, the Slovenian EU presidency’s aim to contribute to efforts to improve conditions and achieve equal and balanced treatment of researchers in the European Research Area.

Numerous ministers expressed support for the declaration as Slovenia called on third countries to follow suit. The declaration will be released by the end of November, according to the ministry.

The ministers also discussed a new European Research Area, calling for the establishment of a modern, effective and simplified governance structure and the strengthening of cross-departmental cooperation.

“To achieve a greater efficiency of the European Research Area political dialogue should be strengthened, around-the-clock cooperation with actors from the private sector set up and relevant stakeholders from the economy, higher education and civil society at large should be involved in a systemic way,” Kustec said.

The ministers also underlined the need for launching a more effective cross-departmental cooperation, which would, they think, contribute to the sustainability and resilience and help accelerate the digital and green transition.

Kustec presented the state of play of all ten European Partnerships, whose aim is to contribute tens of billions of euros to the green transition and digital transformation and help tackle other major challenges.

She is glad that relevant negotiations are going on in accordance with the set timetable and remains confident that all partnerships will be given the green light to be launched already during the Slovenian presidency of the Council of the EU.

During an official lunch, the ministers also talked about the contribution of research and innovation to the movement of the New European Bauhaus initiative and synergies of this initiative with Horizon Europe Missions.