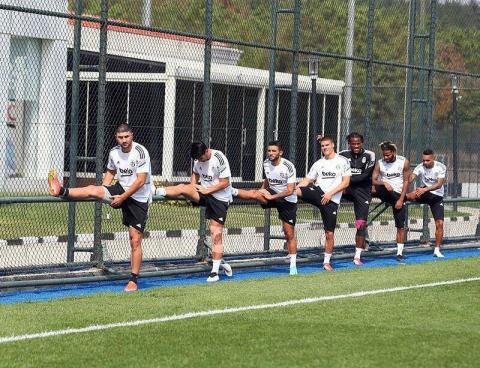 A depleted Beşiktaş squad will be in Amsterdam on Sept. 28 when the Turkish champion plays Ajax in a Champions League Group C match.

Besides its injury woes, Beşiktaş has also been struggling on the pitch. The team surrendered a three-goal lead to be held to a 3-3 draw by Adana Demirspor last week in a mid-week game, while it lost 2-1 over the weekend against Altay with a late goal.

Coach Sergen Yalçın is aware that tough times are ahead for his squad.

"The injuries might be the result of the busy schedule or the problems with the pitches we are playing on," the former Beşiktaş player said after the Altay loss.

"Injuries can happen at any time. Too many [injuries] came at an early stage of the season. We are going through a difficult process. There is nothing to do; we have to create solutions," he added.

While Beşiktaş is running through a tough period, Ajax has come into Sept. 28's game in a fine run of form, having won its last six games in all competitions and scoring 29 goals in that time. The Dutch also made a rampant start to their Champions League campaign, thrashing Sporting Lisbon 5-1 in an away game with Sebastian Haller scoring four goals.

It was a remarkable Champions League debut for the 27-year-old Ivory Coast striker, the first player to score four goals in his maiden appearance in European football's...