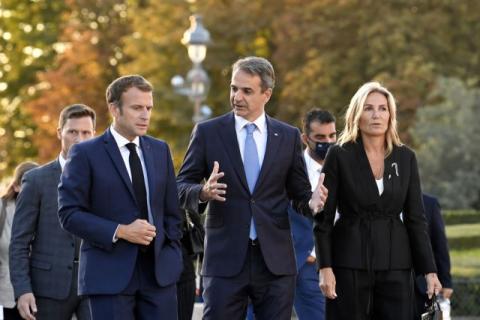 French President Emanuel Macron spoke about Greek-French relations immediately after the opening ceremony of the exhibition at the Louvre Museum.

Speaking to the newspaper "Ta Nea", the French president emphasized:

"We would say that the history of Greece - France is a history of love and freedom between two countries, but above all a European history. The French were enchanted by the idea of ​​helping their Greek friends in the Revolution. It is, however, an adventure, an odyssey that has culture as its starting point. From the authors Chateaubriand, Hugo, but also Delacroix whose paintings we see here. The friendship between our two countries is strong and continues."