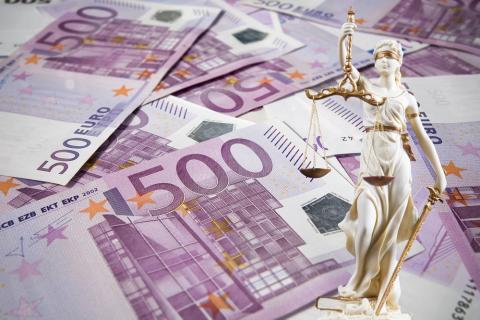 Ljubljana – An inter-parliamentary conference on stability, economic coordination and governance in the EU discussed on Tuesday a global digital tax and taxation of carbon-ridden imports as potential new sources to finance the EU budget.

Slovenia’s parliamentary Speaker Igor Zorčič said the challenges brought about by the pandemic exposed the need to enhance digitalisation and use of new technologies.

“These offer opportunities at all levels of society,” he said at the conference, organised as part of Slovenia’s EU presidency.

“If digitalisation managed to put people to the forefront, it will benefit all,” he said, stressing the need for cooperation, solidarity, trust and understanding.

Eurgroup head Paschal Donohoe added that to finance these policies, funds were needed. “The recovery will demand from us hard work and well thought-out decisions.”

Although the situation is improving, one should be aware that the crisis has affected different countries and sectors in different manners, with energy prices rising and delays affecting supply chains, which all impacts inflation, he said.

“The goal of the recovery and resilience plans is for nobody to lag behind,” he said, adding that good financial structures would be needed.

The debate on the recovery is thus connected with the EU’s tax policy and with emissions becoming part of the sources of financing the EU budget.

Noting the EU had pledged to repay what it had borrowed to finance post-pandemic recovery, he said financing the exit strategy and looking for own forces was key.

Šircelj pointed to the debate on the Carbon Border Adjustment Mechanism, which would impose a levy on certain imports, saying imported goods would better reflect their content of carbon.

“This will be one of the important candidates for new sources of the European budget when it comes to green policy.”

Šircelj also welcomed the OECD’s efforts to draft a proposal for global digital tax: “I welcome the initiative to unite taxing jurisdiction, which means a greater degree of connectivity and a more appropriate management of EU and national funds.”

The minister said one should wait for a proposal by the European Commission, with Budget Commissioner Johannes Hahn announcing the proposal should be ready in October although it had been expected earlier.

MEP Jose Manuel Fernandesa, a rapporteur, was critical of the delay, while pointing to the need to promptly implement the Carbon Border Adjustment Mechanism.

He also called for tax evasion and fraud prevention, saying the EU is losing a lot of funds as a result.

“If we don’t find new own funds, the funds for the existing EU policies, such as cohesion, agricultural policy etc will drop,” he said.

He said their business model of tax evasion showed how far their owners and managers were willing to go by applying creative accounting.

“The actual tax rate of the most profitable global corporations is at an average 1-2%,” the MP said.

The conference continues with discussions on new challenges of, and opportunities for, Europe’s recovery and the implementation of the EU’s NextGeneration scheme.