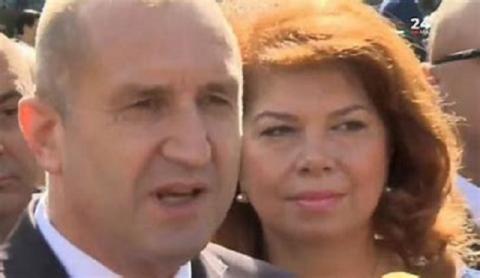 A steering committee to nominate President Rumen Radev and Vice President Iliana Iotova as independent candidates to run for a second term in office at the November 14 presidential elections held its inaugural meeting on Monday. The committee comprises nearly 200 members, among them politicians, intellectuals, athletes, science, culture and art figures, and journalists.

The inaugural meeting of the steering committee began with a slight delay because of the many wishing to attend the event.

On the steering committee are three members of the Bulgarian Socialist Party (BSP), on whose ticket Radev and Iotova ran for office in the previous presidential elections: Kristian Vigenin, Irena Anastassova, and Radoslav Gaydarski. Also on the committee is MEP Ivo Hristov (BSP/S&D Group), who told bTV that within his five-year term in office President Radev has proven himself a person with character, with a sense for the State interest, and with a sense of duty.

Radev and Iotova have the support for a second term in office also of the There is Such a People (TISP) party of Slavi Trifonov and of Continue the Change of former caretaker ministers Assen Vassilev and Kiril Petkov, who said two members of his political formation - Yana Balnikova and Denitsa Simeonova - will join the steering committee.

On Monday, the Central Election Commission began accepting documents for the registration of steering committees for the November 14 presidential elections. The deadline for registration is October 4.

Radev said he would run for president as early as eight months...