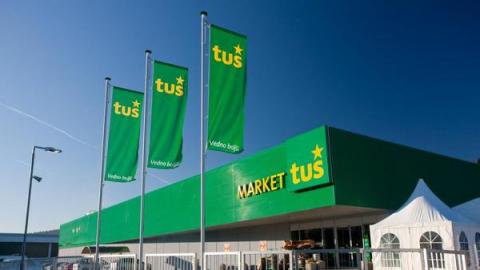 Ljubljana – Prices of commercial properties – offices and retail spaces – increased by 1.1% in the second quarter of 2021 compared to the first quarter, the Statistics Office (SURS) said on Tuesday.

The prices of retail spaces (shopping areas of all types and sizes, including restaurants, bars, hairdresser, dry cleaning, gyms) rose by 1.6% in what was the third consecutive quarterly rise.

It was the highest in the last two years, fuelled significantly by the sale of several medium-sized shops of all three major grocery chains in the country, said SURS.

The prices of offices meanwhile decreased by 3% over January-March in what was the second quarterly drop. Despite that, they were by 10.6% higher than in 2015.

Compared to the 2015 average, prices of commercial property in April-June increased by 7.5%, said SURS, which started releasing this new index this year.

When it released the commercial real estate data for the first time at the end of June, it said commercial property prices plummeted in the 2008-2014 period due to the global financial crisis. Annually, they were the highest in 2008, but reached the bottom in 2014, when they were by over 29% below the 2008 figure.

The statisticians also said in June that the quarterly indices of commercial real estate prices are very volatile, not only in Slovenia.

The reason is a major diversity of properties sold, as they can differ considerably in size, location, age, equipment, a specific location within a building or the manner of sale. Fluctuation in Slovenia is further enhanced by the smallness of the market.

Based on the quarterly indices, SURS will also calculate the average annual index of commercial property prices, which it said should show the trends more clearly.

The post Prices of commercial properties up in second quarter appeared first on Slovenia Times.