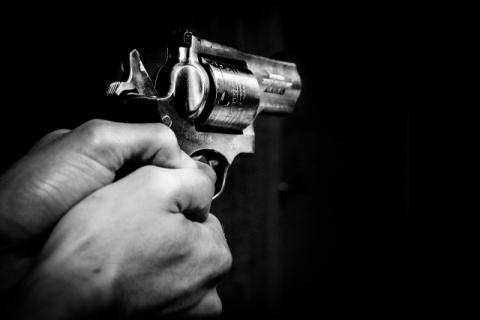 More than 21,500 homicides were committed in the United States last year, up 30 percent from the previous year, AFP reported, citing statistics released by the Federal Bureau of Investigation (FBI).

Several major American cities have already reported such alarming records. However, this is the first official data compiled from information provided by law enforcement agencies across the country. The homicide rate in the United States has been at a record high since the FBI began keeping that statistic in the 1960s.

In 2020, marked by the outbreak of the new coronavirus pandemic, killings have increased throughout the United States, especially since June. The state of Louisiana remains at the top of the gloomy statistics.

The number of homicides in the country is at its highest level in a quarter of a century. However, it is still below the peak of the 80s of the last century.

About three-quarters of homicides in the United States last year (77 percent) were committed with firearms. This share was 74 percent in the previous 2019.

Victims of gunfire are common in the United States. Democrat President Joe Biden mentioned an "epidemic" and wanted to tighten control over firearms, an issue that has sparked controversy in the country.

6.5 murders per 100,000 people were committed in the United States last year. For comparison, in 2018, when the latest World Bank figures were available, there were 35 homicides per 100,000 inhabitants in Mexico, 27 in Brazil, 8 in Russia, and 1 each in France and Germany.

There are no official statistics for this year in the United States yet. However, available data from US cities do not show a reduction in homicides, AFP notes.