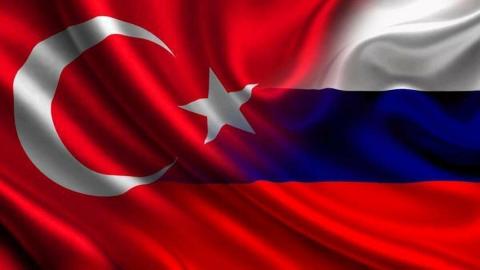 President Recep Tayyip Erdoğan and Russian President Vladimir Putin will hold face-to-face talks in Sochi on Sept. 29 to discuss the recent escalation in Syria's Idlib province as the Russian and Syrian forces intensified military operations against the opposition groups.

Erdoğan will travel to Russia's Black Sea resort town for a one-day trip, and the two presidents are expected to make a press statement following their talks. The latest in-person meeting between the two presidents took place in March 2020 in Moscow.

Statements from Moscow and Ankara highlight that Erdoğan and Putin will primarily discuss the recent escalation in Idlib, a province that shelters around 3.5 million people, including some radical armed groups.

There are reports of intensified aerial operations by the Russian and Syrian air forces against the targets in Idlib and recently in Syria's Afrin province, claiming the lives of at least a dozen civilians. Russia says it is targeting terrorist groups in the enclave.

Turkey and Russia had agreed on a truce in March 2020 and launched a joint patrolling mission along the M4 highway linking Aleppo to Latakia. Despite the truce, assaults against the Turkish troops continued, and three soldiers were killed in a recent incident in mid-September.

Turkey has been urging Russia for the full implementation of the March deal. "We are abiding by the principles under this agreement," Defense Minister Hulusi Akar said at a meeting on late Sept. 27, reiterating that Ankara has been fulfilling its duties in regard to the deal.

"But there was recently an increase in the number of aerial attacks. We told [Russians] that it was not in accordance with the memorandum of understanding. Initiatives concerning this issue...