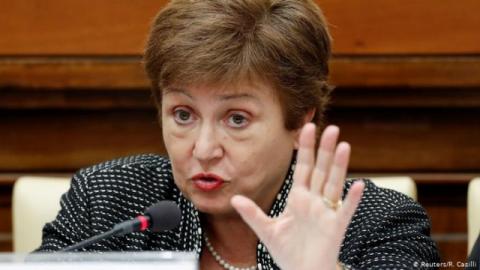 Senior US senators have called for "full accountability" in the World Bank case involving Kristalina Georgieva.

The chairman of the Senate Foreign Relations Committee, Democrat Robert Menendez, and James Rich, who is the highest-ranking Republican on the committee, sent a letter to President Joe Biden.

In it, they urge the finance ministry to ensure "full accountability" over the manipulation dispute in the "Doing Business" ranking.

The current managing director of the International Monetary Fund has denied allegations that she pressured her subordinates to falsify data in favor of China. In turn, Georgieva accused the office of the former president of the World Bank of manipulation.

The US Treasury Department, which controls US shares in the two Washington-based international financial institutions, is investigating the allegations against Kristalina Georgieva and has not yet come up with a position on the subject.

Following the revelations, Kristalina Georgieva received numerous criticisms, including calls for her resignation from the International Monetary Fund.

Prominent economists and women leaders advocated for her at the same time. European Commission Vice President Valdis Dombrovskis also expressed support for Kristalina Georgieva after meeting with her in Washington.