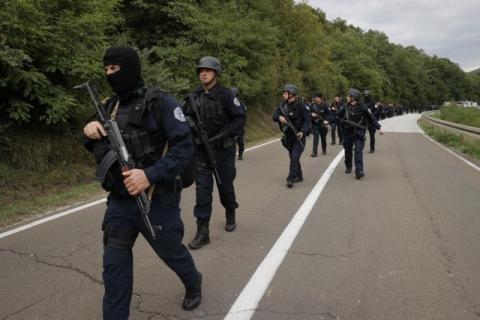 According to TV Klan Kosova, U.S. State Department has made it clear to Osmani that it does not agree with the way in which Pristina has established reciprocity for vehicle registration plates with Serbia, including sending of special forces to the north of Kosovo.
As Pristina television states, referring to its sources, dissatisfaction with the way in which Pristina's institutions organized the operation in the north, was directly conveyed to Osmani on Saturday in Washington.
"This operation endangered security," Osmani was told from the State Department, which informed her of the official position of Washington on the latest events in the north of Kosovo, according to TV Klan Kosova.
Osmani visited the United States last week, where she held meetings with representatives of many countries on the sidelines of the UN General Assembly, but no high-level meetings with representatives of the U.S. government were recorded.
However, Donjeta Miftari, advisor to the president of the Interim Pristina institutions, Vjosa Osmani, denied that the American State Department criticized Osmani because of Pristina's actions in the north of Kosovo and Metohija.