Analysis: Attempted Coup in the IMF? 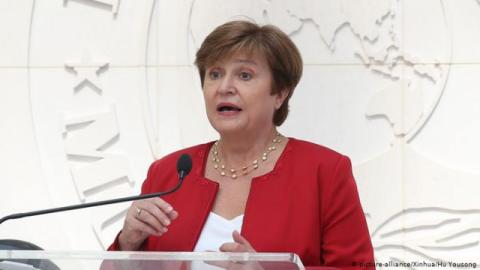 Set in motion are actions to eliminate or at least significantly weaken the operations of Kristalina Georgieva, Managing Director of the International Monetary Fund from 2019. The same Georgieva, who responded perfectly to the pandemic and quickly provided funds to prevent countries from sinking and cope with the health crisis. She has successfully defended the IMF's $ 650 billion "special drawing rights" (SDRs), which are very important for the recovery of low- and middle-income countries. Moreover, she has made the fund one of the main leaders in responding to the existential crisis of climate change. Georgieva should be applauded for all this. What is the problem then? And who is behind the attempt to discredit and remove her?

The problem is in a report commissioned by the World Bank from WilmerHale in connection with its annual Doing Business Index, which ranks countries according to how easy it is to register and manage companies. The report contains allegations - or rather "hints" - of irregularities related to China, Saudi Arabia and Azerbaijan in the 2018 and 2020 indices.

Georgieva was attacked for the 2018 index, in which China is ranked 78th, the same as the previous year. But there is also a suggestion that the position should be lower, and this did not happen as part of a deal to secure Chinese support to increase the World Bank's capital, which the bank then insisted on. At that time, Georgieva was the chief executive officer.

The positive result of this episode may be the cessation of reports on this index. A quarter of a century ago, when I was the chief economist of the...