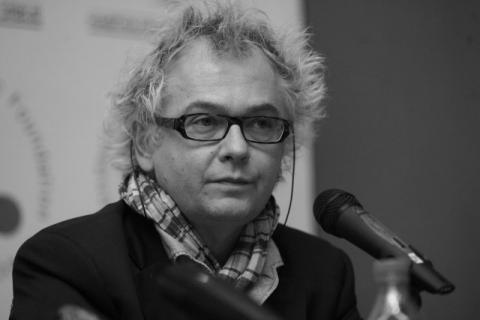 Ivan Tasovac (55) passed away tonight in his home in Belgrade at around 9 p.m. He suddenly felt sick, and the ambulance team tried resuscitation.
Ivan Tasovac held the position of Minister of Culture and Information of the Republic of Serbia from September 2013 to August 2016. He was also the director of the Belgrade Philharmonic. He led the Belgrade Philharmonic from 2001 to 2013, and again from January 2017, when reappointed by Serbian Government.
Born in Belgrade in 1966, Tasovac earned a BA and Master degree in piano performance at the Moscow P. I. Tchaikovsky Conservatory, where he studied with Prof. Sergei Dorensky.
At twelve, he made his debut appearances as a pianist with the Belgrade and Zagreb philharmonic orchestras. In his professional career as a pianist, he performed both as a soloist and with orchestras in Italy, Switzerland, Spain, Ireland, USA, Russia, Belgium, former Yugoslavia other countries.
Tasovac was the Director of the Belgrade Philharmonic Orchestra from March 2001 until September 2013.
During this period, the orchestra grew into one of the leading European orchestras (The Independent), Serbia's cult orchestra (The Financial Times), the most successful cultural institution in Serbia (Jutarnji list, Zagreb) and Serbia's most powerful PR weapon (Kvllsposten, Malm).

In this period, the Belgrade Philharmonic Orchestra's building was renovated, a large part of the orchestra received new instruments, the orchestra was rejuvenated by recruiting the best musicians who returned from abroad after completing their studies etc.
During his term at the office, the orchestra considerably enhanced institutional and regional cooperation. In...