Analysis: What if Poland Leaves the EU? 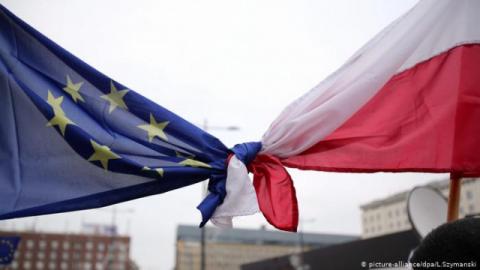 Reinhard Weser in a comment for "Frankfurter Allgemeine Zeitung"

Recently, Polish MEP Patrick Jaki presented a report that had to prove that Poland has lost almost 120 billion euros since 2004 in addition to its EU membership. This would be more than the annual budget of the Polish state and much more than the value of the popular social programs, thanks to which the national-conservative party "Law and Justice" has already won the parliamentary elections twice. The state television, which has become a mouthpiece for the ruling party, has paid close attention to these allegations - without subjecting them to much scrutiny or criticism. Who is lying and why?

However, statistics from the Polish Ministry of Finance from July show otherwise: the financial benefits of Poland's EU membership since 2004 have been large, even significantly exceeding the above figure. In addition, membership in the community has a high political benefit, on which there is a consensus among the parties. Poland's membership in the EU and NATO is considered part of the country's foundations, even if only in terms of security.

In this respect, in fact, nothing has changed - as Law and Justice recently solemnly emphasized. But there is a widening gap between these statements and the party's daily rhetoric. In statements by leading politicians from the ruling camp, the EU increasingly stylized itself as an enemy of Poland, carrying out "hybrid attacks" against the country and portraying itself as an "occupier" alongside the National Socialists and the USSR.

The ruling Law and Justice Party is ready to take the risk of Polexit in order to retain its power at all costs.

This verbal anger has not yet affected...