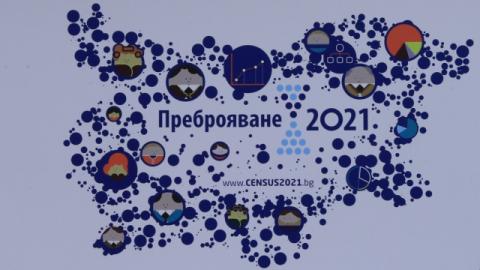 Only a third of Bulgarians have joined the census online. This option ended yesterday, with 2,403,458 people taking part, the chairman of the National Statistical Institute (NSI) Sergei Tsvetarski told BNT.   According to him, the number of those counted online is far below expectations.   Currently, another 2 million people are counted as interviewers.   According to NSI estimates, 60% of the population has already been counted, and there are 10 days left until the end of the campaign. Tsvetarski added that people who aggressively obstruct the census will be fined. The number will not be large, he said.   The first census data should be released in December, and the final ones will be ready in mid-2022.   Most people are counted so far in Stara Zagora region - about 90%. In Sofia they are 60%, and most of them - electronically. The least are in Kardzhali and Smolyan - only 20% of the population there is counted.