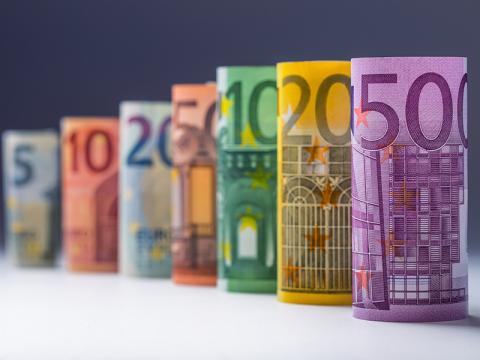 Slovenia’s central bank or Banka Slovenije will mark the year of its 30th anniversary in October with various events and activities, including a video projection narrating the bank’s journey from 1991 to the present day.

Using the video-mapping technique, the projection will be shown on the facade of the bank’s building every day in October between 7pm and 10pm, the bank said.

On 8 October 1991, the newly independent Slovenia introduced its new currency, the tolar.

The first Slovenian banknotes were provisional payment notes that entered circulation on that day. A day later, citizens were able to exchange Yugoslav dinars for them at an exchange rate of 1:1.

A year after the issuance of the provisional payment notes, the first true banknotes of the new Slovenian currency entered circulation.

The tolar was then abandoned in January 2007, when Slovenia joined the Eurozone and replaced the tolar with the euro.

“The Eurozone ensures stable price growth and provides a supportive environment for around 340 million people to pursue their life and business goals,” Banka Slovenije wrote.