US Congress votes to avert government shutdown at midnight 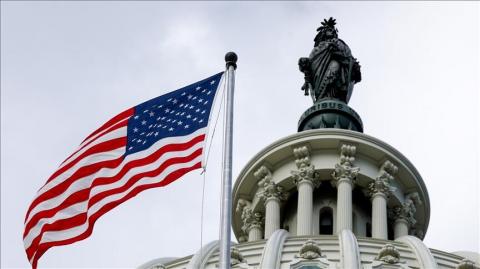 The U.S. Congress voted on a spending plan on Sept. 30 to keep the government running past a midnight deadline, but only temporarily.

There have been temporary government shutdowns in years past, but they tend to roil markets, create chaos in government services and leave Congress facing intense criticism.

The vote to approve the spending plan was 65 to 35 in the Senate and 254 to 175 in the House of Representatives.

In the negotiations on the spending plan, Congress agreed to spend $28.6 billion for natural disaster recovery, mostly for the effects of Hurricane Ida, which slammed into the Gulf Coast in early September.

It also includes $6.3 billion to help settle incoming Afghan refugees evacuated after US troops pulled out of Afghanistan in August.

But removed from the spending plan was a proposal for the US to spend $1 billion to help Israel shore up its Iron Dome defense system. Progressive liberal Democrats, critical of Israel, wanted that spending removed, as did some fiscally conservative Republicans who balked at the price tag. Moderate Democrats say they plan to re-introduce Iron Dome spending in a separate bill.

The negotiations for the spending plan also forced Democrats to bend to a Republican demand to remove a suspension of the nation's debt limit through 2022.

Democrats will now have to agree to a series of proposals to raise the debt limit on their own and they will try to...