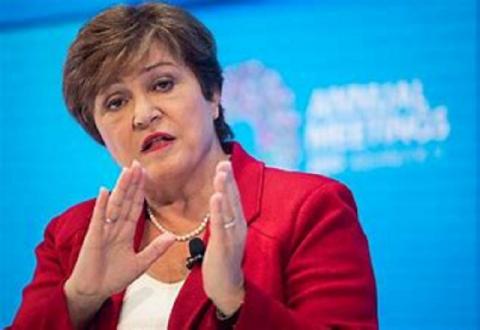 The International Monetary Fund boss, Kristalina Georgieva, is the victim of a plot to oust her, according to a Nobel prize-winning economist, after a report alleged that she applied "undue pressure" on staff to boost China's standing in global rankings while in her previous job at the World Bank.

Joseph Stiglitz, a former chief economist at the World Bank, said a report prepared by the law firm WilmerHale on concerns about China's influence at the Washington-based organisation was being used unfairly to "discredit and oust" Georgieva.

Stiglitz said he believed the managing director of the IMF, who has denied the allegations, was a target of conservative forces after she went further than her predecessors to financially support developing world countries and "positioned the Fund to take a global leadership role in responding to climate change".

He said: "Having read the WilmerHale report, having talked directly to key people involved, and knowing the whole process, the investigation appears to me to be a hatchet job."

It is understood that IMF officials plan to interview separately Georgieva and investigators from the law firm about the World Bank report on Monday.

Writing in the online journal Project Syndicate, Stiglitz added: "Throughout, Georgieva acted in an entirely professional way, doing exactly what I would have done (and occasionally had to do when I was chief economist): urge those working for me to be sure their numbers were right, or as accurate as possible, given the inherent limitations on data."

At the centre of the controversy is the World Bank's annual Doing Business report, which ranks countries according to how easy it is to set up and run a business.

It is alleged that Georgieva, who was chief...