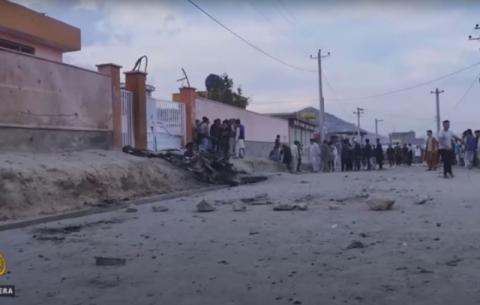 At least 12 people were killed and 32 injured in an explosion near the Id Gah mosque in Kabul, where a farewell ceremony is taking place for the mother of Zabihullah Mujahid, a representative of the radical Taliban that seized power in the country, Al-Jazeera TV reported on Sunday, citing a source in the Afghani security service.

According to the source, the attack targeted Taliban  leaders and officials appointed by them in the interim Afghanistan Cabinet of Ministers, in particular representatives of the Ministry of Defense.

As Mujahid wrote on his Twitter page, "the explosion took place near a large crowd of people, as a result there are civilian deaths." The number of victims hasn't been disclosed.